The Taupo Ski Club was formed in 1956 to cater for the growing sport of skiing.

Membership of the club is available to everyone living in the Great Lake Taupo District and to  those who can prove a close affiliation with the area. Membership fees include:

The club has various administrative records, including minutes of AGMs, the current Constitution and member booklet.

Each year there are a series of 5 interclub races held on Whakapapa.  These are open to clubs on the mountain and they are the Christiana Derby (Christiana Ski Club), Rangatira Cup (Rangatira Ski Club),  Haensli Cup (Ruapehu Ski Club), Tongariro Juniors (Tongariro Ski Club) and the Ngauruhoe Cup (Ngauruhoe Ski Club). 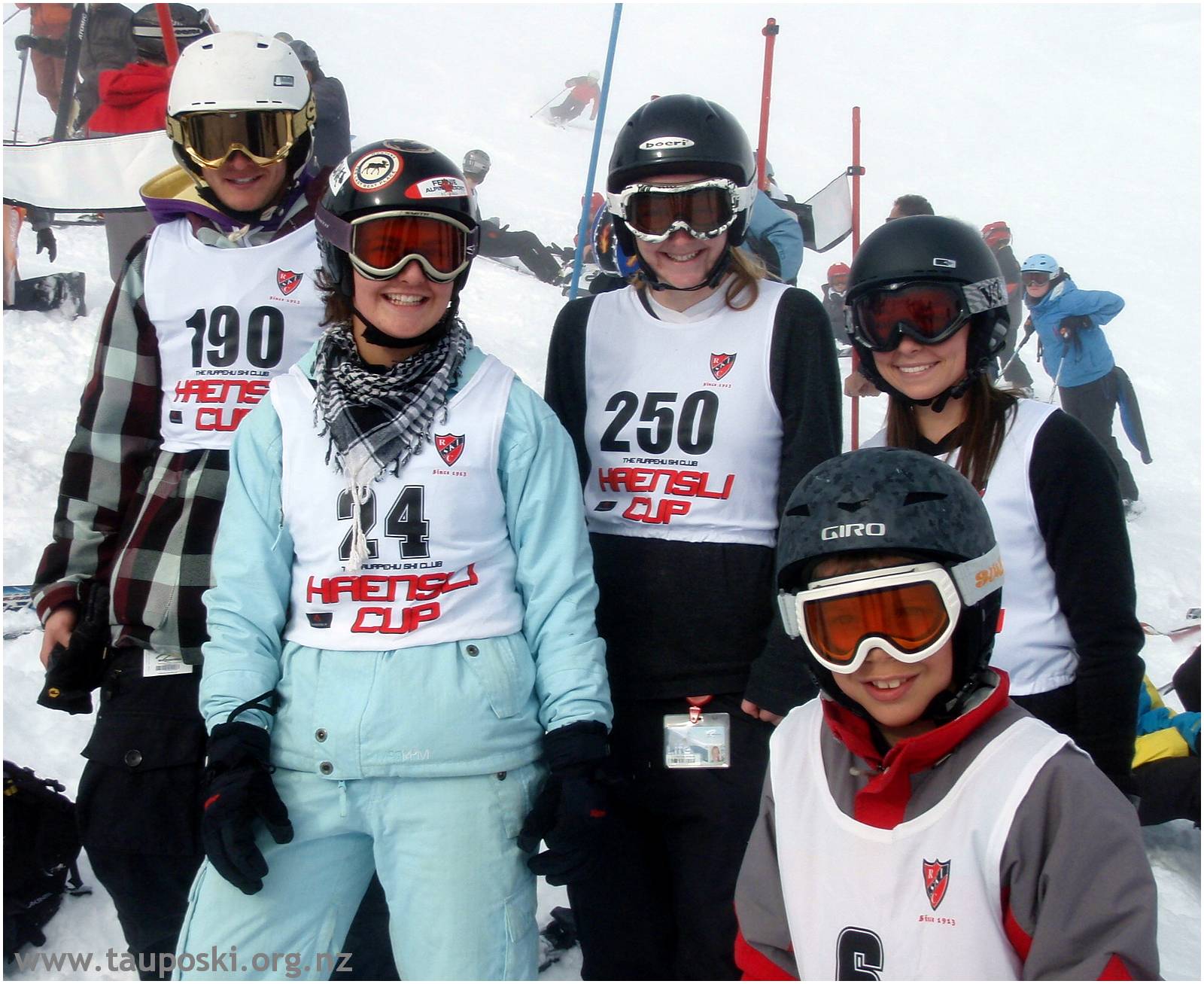 These races are team races with categories for Junior, Senior and Masters.  The teams usually consist of 5 members, at least one female, with the best 4 times contributing to the result.

These races are usually run in the Valley and each team member gets one run.  The best part is the Prize Giving/Social held at the respective club after the lifts close (heaps of food, refreshments and spot prizes).

Over the last few years we have had a presence and occasionally have picked up a prize or two (see the previous years race results) so as this is a club social event we want as many people to take part as possible.  Age and abilities are not barriers as we have had kids as young as 9 yrs old race and a couple nearly 60 yrs old.  The Tongariro Juniors race is for juniors under 18.

The races are timetabled by RAL and usually in August/early September.  These races are also great practise for the Club Championships, usually  run on a Saturday in late in September with the following Sunday being a contingency day for bad weather.